Our experience in developing uber-like applications started 5 years ago when our engineers got an idea of an application for taxi drivers that will also optimize the work of the taxi dispatchers. Thus the ‘Orbis’ project began. At first it was a small web-service with a mobile Java application, used by about a dozen of taxi-drivers. Step-by step we managed to extend the functionality of the service and implement the automatization of the processes that were made manually before. We organized the communication between a number of local taxi-services, uniting the incoming orders into a single data base, and introduced GPS-tracking system for dispatchers to route drivers.

Eventually the Android application was developed, featuring a unique user experience design, perfectly fitting the taxi subject. That helped us later in developing the design of TaxiNado project. The ‘Orbis’ design featured dark high-contrast color scheme which brought additional comfort for drivers’ usage of the application. 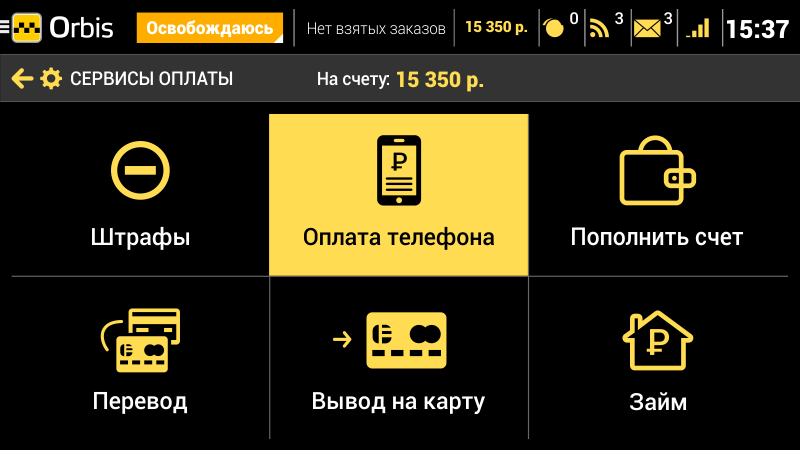 World’s first of the kind

‘Orbis’ appeared to be the first project of the kind. It represented a new type of application for taxi service automatization which collected the orders from several taxi services, finding the driver nearest to the address stated in the order.That helped taxi services to minimize the amount of rejects caused by long waiting time, thus increasing the income of the taxi services.

These advantages gave us the impact in our work of extending and perfecting the ‘Orbis’ project, making it one of the most successful IT startups in Siberia.

The app is easy-to-use. The orders from all the services are shown in a single screen, and they are already sorted by distance to the client. Not mentioning such trivial thing as displaying an address of the order on the map and routing the best route considering the current traffic situation.

Orbis is very useful for my job. I had to use a number of smartphones before, as a single device just couldn’t cope with several applications, and now I’m using Orbis — it works fast and gives me a great amount of orders.

As a newbie taxi driver I really need this app. The points of orders being made and fulfilled are displayed instantly on the map, and the most suitable route is automatically made by Yandex-navigator.

Hello! Many thanks for the app, there is really a great amount of orders there! I only wish you add more taxi services (Want even more orders).

Some years later we were tasked to implement a similar service, this time not for taxi, but for a cargo shipping company. We employed the gathered experince in developing the web-service with extended functionality, including automatic choose of the most suitable carrier, GPS truck-tracking, communication between dispatchers and drivers. The ‘Basket Cargo’ project appeared to be a perfect solution for small and medium-size transportation companies, helping them to bring their management on a completely new level. 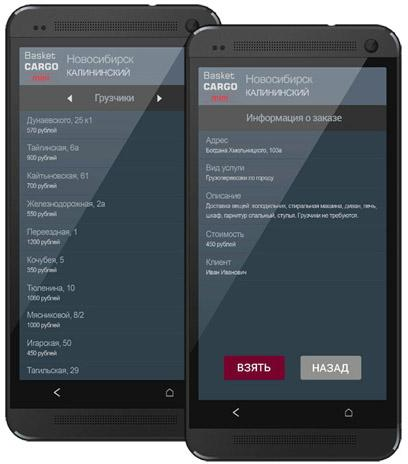